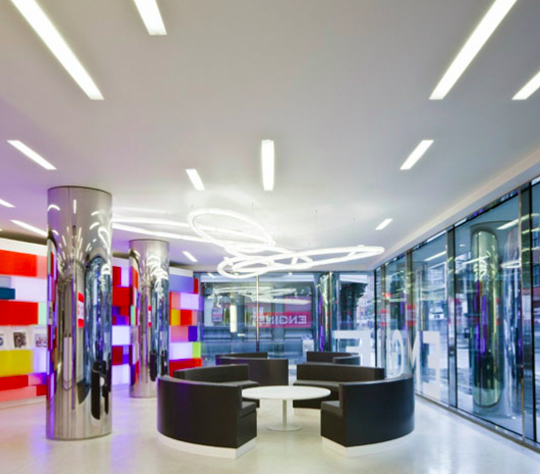 Who doesn’t feel enticed by the concept of an Innovation Lab? Just the two words paired together, “Innovation” and “Lab”, elicit a strong sense of creativity, experimentation and novelty. Innovation Labs seem to be all the rage; labs are being launched weekly as companies seek to create the next start-of-the-art technology that will propel their business well beyond the competition. But while many labs are opening each week, we are seeing another trend unfolding, and that is companies are quietly shutting down their labs due to poor innovation yield, and low impact to the business. That’s because running and maintaining a successful innovation lab runs far deeper than stocking the floor with multi-color bean bags, nap rooms and sticky notes. To the contrary, running a successful lab requires months, if not years of careful planning, employing a diverse community of people across industries and backgrounds, and having a focus on ideas that will undoubtedly deliver significant value in the real world. In light of this, I would like to highlight 5 innovation labs that demonstrate a lot of promise of changing the game in their industry.

Founded in 1988 and headquartered in Boston, Fidelity Labs was created as a means to drive innovation outside of the normal structure and confines of its parent company, Fidelity Investments. The Labs’ research and experiments with early-stage technologies that span beyond cloud, mobile, and big data, into wearables, robotics, automation, and AI. Their latest technology test allows its customers to view and manage their “digital wallet” online including digital currencies like Bitcoin, Ethereum and Litecoin. They recognize that while bitcoin and other blockchain technologies are still in their relative infancy, it’s never too early to test and solicit feedback from their own customers along the way. In fact, a large part of what makes Fidelity Labs such a viable innovation lab is in its co-development with customers. “They’re really iterating through a variety of lean experiment and if they land on something they stay with it.”

We have all heard of the self-driving car and Google Glass. These are products of Google[x], the innovation skunkworks lab created by Google in 2010 located just miles from Googleplex in Mountain View, CA. Overseen by one of Google’s co-founders, Sergey Brin, innovations brainstormed in the lab are kept close to the vest, and not shared publicly, unless the innovation itself yields a commercial product. Why is this lab considered so promising? Because the lab itself is considered an experiment – an effort to reconfigure the process by which a corporate lab functions. In this case, it’s about taking big risk across a variety of technological domains. The team throws around the word “moonshot” intentionally to describe their innovations: they are big ideas, not incremental ones, and they only expect 1-2 big wins across a several year time span. But resources are allocated very carefully, and prototyping is a must as most concepts are expected to fail, which is a widely accepted fact at Google[x].

Who doesn’t think about innovation when hearing the company, “IDEO”? Innovation is embedded in every fiber of IDEO’s business, from its business model to its people. And it is in this pervasive innovation culture where IDEO’s success lies. IDEO has created a space that’s safe for risk-taking, and they undoubtedly live by this mission. From the flamboyant offices to their obsession with “play”, IDEO believes that work time and fun time are not mutually exclusive, and that true innovation requires trial-and-error, experimentation, and “maybe even a little tomfoolery.”

Founded in 1991, Microsoft Research employs over 1,000 scientists and engineers from all around the world, focusing on dozens of areas of computing, such as gaming, computer vision, quantum computing, and machine learning. Microsoft’s success doesn’t lie purely in the sheer volume of intellectuals banding together to advance innovation, but instead in the collaborative approach they take to bring their ideas to life. Microsoft Research collaborates early and often with academic, government, and industry researchers, and engages a wide range of participants, cutting across the boundaries of industries, professions and cultures. In fact, just last month, Microsoft announced the creation of its AI lab to build on its portfolio of AI technologies, and is a drafting a large line of industry experts to collaborate on the effort.

3M was awarded the US government’s highest award for innovation, the National Medal of Technology. How did they receive such a prestigious recognition? 3M’s innovation actually begins outside the lab, where all employees are required to spend at least 15% of their time on innovative ideas of their own (similar to Google.) 3M also employs the “Thirty Percent Rule” that requires each division’s revenue stem from products introduced within the last 4 years. What makes 3M particularly unique, though, is its three-tiered research structure, whereby ideas are grouped into one of three research labs based on the time horizon of the innovation: Business Unit Laboratories are focused on near-term products, Sector Laboratories, on applications with a 3-10 year time-horizon, and Corporate Laboratories, on basic research with a time horizon of as long as 20 years. All of this is to say that 3M does a fantastic job to create a structure and work environment that stimulates creativity and resourcefulness, leading to a successful history of innovation.

We can expect to witness innovation labs come and go throughout the years, but it seems that there are common threads that make an innovation lab transcend time. Beyond recruiting diverse teams, encouraging big disruptive bets, and giving individuals the room to fail, it would seem that stakeholder alignment is equally, if not more instrumental, as is developing products and services that perfectly match your customers’ needs such that they couldn’t imagine their lives without it.

SHARE THIS POST
Innovating before the music stops?
Marketing Your Innovation Program? It begins on Day One