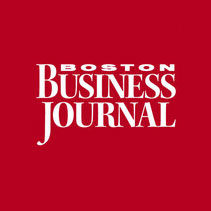 The days when startups were able to play in their own sandboxes while corporations stayed in their own hermetically sealed campuses are over. In fact, entrepreneurs and corporate executives are working together more than ever before, creating partnerships that financially benefit startups and help big companies be more innovative.

That’s the conclusion of a first-of-its-kind study out today by accelerator MassChallenge and innovation software firm Imaginatik, both based in Boston. The report had answers from the founders of 233 startups and the leaders at 112 corporations.

“Corporations and startups have begun working together in fundamentally new ways, with a focus on flexible, early-stage, open-ended partnerships,” the study said. “Early adopter corporations have been engaging with startups for many years, but behaviors are only now starting to change.”

Before, the only times you would hear about corporations and startups in the same sentence was when the former would buy the later. In these cases, rather than work to develop innovative approaches on their own, the old-guard companies decided buying the upstarts would be an easier move.

There are plenty of examples here, with acquisition costs rising with each purchase: In 2009, Intuit bought online personal finance tracker Mint for $170 million. In 2013, Avis bought Zipcar for $500 million. And just today, European consumer products giant Unilever said it would acquire Dollar Shave Club for $1 billion.