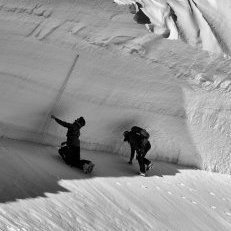 Many corporate innovation efforts suffer from a subtle defect: two competing innovation agendas that fight for control. In most cases, the problem is never detected, and no one is to blame. Yet a two-track innovation agenda is among the most reliable killers of well-intentioned innovation programs.

On the surface, both of the example companies did everything right. At both companies, there was broad agreement, both among executives and front-line employees, that innovation was needed. The respective leaders had ample resources and experience at their disposal. And their innovation strategies were sound.

Yet in both cases, this wasn’t enough to prevent the “depth” innovation agenda from interfering in powerful, yet nearly imperceptible, ways. This agenda is never voiced and rarely acknowledged, much less understood. It is not “culture” so much as simple ingrained habit: leaders’ decision-making intuitions, employees’ subconscious pride in their work, well-worn processes faithfully followed.

The tension between these agendas causes an organization to enthusiastically express and demonstrate its willingness to innovate, while unconsciously undermining those very intentions. The effect is especially pernicious because no one is to blame, and because each local decision is perfectly rational.

At the food services company, the innovation team quickly began producing a steady stream of creative new product concepts. They followed best practices of design thinking, lean startup, and rapid prototyping to turn early-stage ideas into high-potential opportunities. Yet with each project moving through the pipeline, executives in Franchise Operations found reasons for delay. The market timing was off. They couldn’t identify the right test locations. Budgets were too tight.

Similarly, the consumer products company got off to a fast start. Innovation plans were crafted department by department, all of which rolled up to a corporate innovation dashboard. As year one progressed, the entire executive team remained solidly behind the effort. Localized wins were achieved: cost savings, process improvements, product enhancements. But the bigger changes they needed never materialized. Finally, the President of the firm’s largest P&L unwittingly voiced the culprit: “this would be great if it didn’t disintermediate our largest sales channel.”

There is only one way to slay the two-track innovation beast: bring both agendas into the open, and steadily obliterate the chasm between them. This means selectively surfacing, and then shattering, some of the inherent biases that make the current business tick. It’s the only way to allow space for the new and innovative organization to operate.

Very simple in concept, but extremely difficult in practice. To sidestep the more wrenching changes, many leaders try to instill innovation practices at a safe distance from their core operations. This makes sense for tactical improvements on the current model. But it’s nonsense for more sweeping “strategic” innovations.

Here are some tips for tackling these issues directly:

SHARE THIS POST
From the Washingtons to the Benjamins: measuring the value of your innovation portfolio
Imaginatik Cited by Forrester as a Leader in Innovation Management Solutions