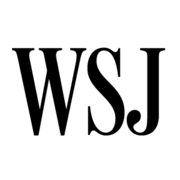 When Haier America’s Deanna Johnston needs to update or fill gaps in the company’s information-technology systems, she looks at products and services offered by startups.

But even after a trial run, she rarely buys them, Ms. Johnston said.

Instead the appliance maker’s chief information officer said she often uses cheaper prices offered by startups as a bargaining chip in price negotiations for similar tools sold by large enterprise IT vendors.

As Haier and other large corporations become increasingly digital, they are spending more time checking out technology offered by small, independent tech firms.

Yet startup products and services for enterprises, while more accepted than a few years ago, still face significant resistance on the path toward revenue, CIOs and industry analysts say…

Only 23% of 112 large corporations in a recent survey said working with startups was very important, according to MassChallenge, a startup accelerator, and software consulting firm Imaginatik PLC. Respondents included insurers, manufacturers and software firms, among other companies across a range of industries, roughly half of which had at least 10,000 employees and more than $5 billion in annual revenue…