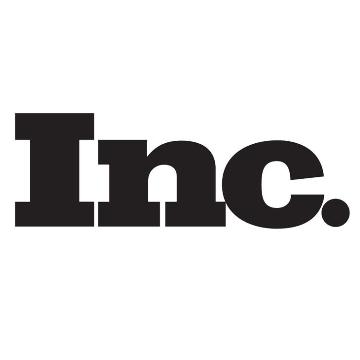 Some ideas are crazy. Some are underdeveloped. Some will fail. How can you deal with them without squelching your employees’ creativity?

True or false: There’s no such thing as a bad idea.

Of course bad ideas exist. In retrospect, the AOL-Time Warner merger was not the wisest idea. Neither is photocopying your face. But ask any number of innovation experts and they’ll all give you a different answer. Of course there is such thing as a bad idea. Or: Every idea has its merit. Or: It depends…

With no handy algorithm to identify good ideas, innovative companies have to accept that with every great, useful, idea, there will be many more that fall away. Unused ideas are frequently off-topic, underdeveloped, or poorly timed; however, this doesn’t make them bad. So should you reject these wayward ideas, or should you reward them?

Taken literally, rewarding bad ideas sounds preposterous. In competitive climates, separating the best from the rest motivates future growth. But most entrepreneurs would agree that to foster creativity and collaboration, every voice should be listened to and every idea should be shared. If every unused idea is treated like a bad idea, don’t we run the risk of discouraging future innovation? The following six arguments for and against rewarding so-called bad ideas will help you decide what is best for your company.

Teachers tell their students that there’s no such thing as a stupid question, because even the most elementary query reveals new insights to at least one person in the classroom. In the same way, even the wackiest, most ridiculous, silliest ideas work as a catalyst in a brainstorming session.

“On every campaign our clients do, easily 30 percent of all the contributions are absolutely nonsensical,” says Luis Solis, president of innovation software firm Imaginatik. “I don’t care how well you frame it or how clear you were, 30 percent of ideas will be random. Another 30 to 40 percent might not be properly timed. But what we don’t know is whether the first chunk inspired the best remaining 30 percent.”

The evolution of ideas doesn’t happen linearly, with one good idea contributing to a better idea contributing to the best idea. Instead, innovators draw inspiration randomly from any thoughts in the brainstorm. “The best way to find good ideas is to allow for the generation of as many varied, unusual ideas as possible,” says Scott Isaksen, president of the Creative Problem Solving Group. “You’re bound to come up with a lot of oddities, but that’s the precursor to getting good ideas.”

Rewarding such creative thinking does not require the same cash bonuses and other tangible benefits that better, more useable ideas often do. According to a McKinsey Quarterly survey of C-level executives in June 2009, nonfinancial incentives such as praise or acknowledgement proved more effective than bonuses, raises or stock options in motivating or engaging employees. “The greatest, most powerful reward is recognition,” says Solis. “Even a simple ‘thank you for contributing’ tells an employee that you heard their ideas. Sometimes all they want is to be heard.”

When an employee bounds into a meeting bursting with an idea they came up with twenty minutes earlier, brace yourself. This brainstorm may not be well thought out, fine-tuned, or structured in any way. But, it just might be the best idea you hear all day. That’s because these undercooked ideas have yet to transform into their best form, and now you can help them get there.

According to Tom Kelley, general manager of the global design consultancy Ideo, you may need to squint to realize an underdeveloped idea’s full potential. “Ignore all the surface details and look just at the shape of the idea,” he says. “Regardless of how rough our ugly this is, if there’s potential in there you owe it to yourself and your company to encourage it.”

If your employee introduces their idea to you in its nascent stage they want your insight to help guide its development. So share it. The best way to reward underdeveloped ideas is to provide feedback. “If they never get any feedback, your employees don’t know if their ideas are even under consideration,” says Isaksen. “When people understand how their idea contributed to others along the way, that encourages them to continue the process and offer more ideas.”

Chances are, you won’t like every idea brought to the table. But hold your judgment. Successful brainstorms incorporate a diverse group of people collaborating with one another and contributing as much as possible without any arguments, debates or snap decisions on their merit.

“The worst thing you can do as a leader is to be the single determining factor of whether an idea is good or bad,” says innovation coach Robert Brands. “If they’re good, they become the boss’s idea and if they’re bad, you lose ownership of the operation.”

Instead, Brands suggests a method where everyone (“From the maintenance man to the CEO,” he says. “Everyone!”) develop the parameters new ideas should be measured against. Common parameters include profitability, patent potential, customers service, global impact. And, if an idea doesn’t fit your parameters but your employees are passionate about it, consider rewarding their enthusiasm instead.

Many innovative companies, from Google to Intuit, embrace their employees’ passion by incorporating unstructured time into their work week during which employees can pursue ideas independent of company objectives. Often, it pays off. In 2001, engineer Krishna Bharat developed Google News in his spare time. And last year, Intuit employees Tad Milbourn and Vlad Magdalin used their 10 percent time to develop Intuit Brainstorm, the company’s newest tool for generating and collaborating ideas.