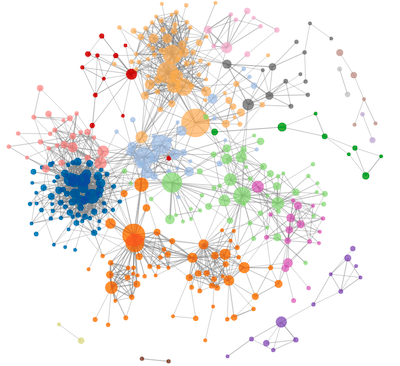 We’re all familiar with stunning advances in AI (artificial intelligence), starting with IBM’s Watson victory in Jeopardy! and more recently Google DeepMind’s defeat of the world champion in Go. More important are demonstrations that the same general approaches have achieved professional accuracy in assessing clinical samples for melanoma screening (1). So far the buzz has been about the algorithms or everyone’s race to grab the top talent.

But the current issue of MIT’s Technology Review has an article that signals a sea-change (2). As David Freedman points out, the methods are now so well established and computers so fast that the limiting factor is now getting data to feed the system. Just as Amazon and Netflix have started paying authors and producers to create new proprietary books and movies to feed their voracious channels, so now the big players in AI are scrambling to get data, either by partnerships, licenses, or original R&D to generate new data.

The same signal comes from the marketplace: Microsoft paid $26 billion for LinkedIn — not for their code but for their data. The enormous value of Google and Facebook is not in the algorithms they use (those can be found in textbooks) but in their data that track the behavior of billions of people.

Many will say “let’s mine our email!”, an idea which is at least 20 years old. It didn’t work then and it doesn’t work now, for two reasons: the first and biggest reason is that while email may legally belong to the company, its analysis still feels like snooping and employees will rebel. The loss of trust and good will is simply not worth it. Secondly, it’s poor data, mostly about business-as-usual (scheduling meetings and drivel) or irrelevant (lunch dates, meet for tennis). It’s mostly noise.

Then attention turns to the company collaboration or document system, perhaps Sharepoint. But too often these systems are set up at a departmental level where they are used for local purposes — exactly as intended, but without broad access (and departments do not like other departments snooping around), the data can’t be mined. Also if managers ever use the system for performance or salary reviews, it gets polluted with sensitive data and can’t be exposed.

But it turns out that Innovation Central challenges create ideal data for mining and analysis. Challenges are widely broadcast across departments and not myopic. They’re about important business problems and so capture more creative and strategic thinking. They’re not email and open to user browsing, so privacy is no concern.

This is what’s special about Innovation Analytics from Imaginatik. It’s not the six different tools or the algorithms behind them — those are good and we can always add more. The value is in the data that comes from running a strong program of challenges. That’s priceless.

SHARE THIS POST
Innovation & Continuous Improvement – Bedfellows or Combatants?
How to Enable Innovation Across the Enterprise – Invest in Hackathons