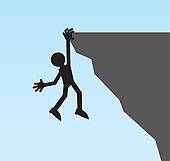 A year or two ago, Imaginatik calculated the average job tenure of the Chief Innovation Officer at less than two years. The figure was based solely on some quick-and-dirty web research. But if true, two years is a very short period of time to effect meaningful change – and a substantially shorter average tenure than many other senior corporate roles.

Even more striking was the reaction we got from these findings. Presenting the data at meetings and conferences usually lead to extended hand-wringing and protracted debate:

• Are corporate innovation leaders here to stay, or is this just a 5-year fad? No one could say for sure, although everyone has an opinion. (fierce debate ensues)
• If you’re an innovation executive, how do you maximize your chances of making it?

The second question in particular surfaces regularly in our client work. There is a growing list of innovation leaders who have beaten the averages, including some with more than 5 or 10 years’ tenure.

How did they do it? There are many reasons, and each situation is unique to a degree. But for everyone, establishing legitimacy is a journey over time, in which certain lessons are generalizable. Here’s a few tips to guide your route selection.

I remember participating in transportation-industry client’s boardroom meeting, as they worked to outline their corporate innovation strategy. The execs around the table, all long-time colleagues, ended up in gridlock. Half of them believed innovation should be held accountable for quarterly results, starting immediately. The other half viewed this as myopic, and a death-knell for innovation’s chances of success.

In a climate like this, the preconditions don’t yet exist for innovation’s success. Significant differences of opinion at the C-Suite are common – especially when the innovation program is new and unproven. Often, the leaders themselves aren’t fully aware of the degree to which their views diverge. Usually, the innovation program eventually gets caught in the middle as someone’s scapegoat.

It’s important for innovation leaders to proactively probe (and shape) executive views on innovation’s mandate. Share data early and often, but avoid formalizing any metrics until you’re fairly certain which facts to present to which people – and why. This shows you’re making progress while defusing land mines well in advance.

Regardless of executive support, innovation programs will face obstacles in convincing the rest of the organization to play along. The perceptions range from innovation as a time-waster (“I’m already too busy”), to threatening the status quo (“Are they innovating my job away?”).

In the early days, addressing these concerns head-on creates more problems than it solves. Instead, imagine you’re leading a troupe of guerrilla fighters, operating in uncertain territory. Focus on finding the people and teams who are most receptive to innovation’s mission, and convert them into active collaborators.

As you gain steam, stay primarily under-the-radar until you have the strength in numbers to operate like a more conventional business function. And along the way, do everything you can to demonstrate you’re a force for good.

Create stories others can tell

Storytelling is a powerful way to shape perception in your favor. Just as important as the story itself is the passion of its advocates. For best results, create the conditions for others to do the storytelling.

Case in point: We worked with the R&D function of a large industrial company that was struggling with talent attrition. Together with leadership, we launched an idea campaign targeted specifically at getting research ideas from junior-level staff. The response was so positive that it permanently changed the R&D planning process. Word spread around the company; their success quickly went viral. Suddenly everyone wanted to work with the innovation team.

To get the amplifier effect, focus on initiatives that will both a) make waves (i.e., create the story) and b) create evangelists (i.e., spread the message). This enables others to tell your story and become passionate advocates of the fresh new innovation wind blowing through the company.

SHARE THIS POST
Cosmetic vs. Strategic Innovation
Measuring Silos Across the Organization – the Silo Index (Si) – breaking down silos to boost innovation